Do you still exist?

One might well ask me that question when my last blog post was in November 2020! Did I contract some mystery illness? Did I give up wargaming for scrabble? Did I drop my phone in the toilet and never replace it?
None of the above occurred. In fact, life has continued just as it had when I was blogging regularly. The truth is that I just kind of stopped posting. The blog wasn't fulfilling any particular need beyond recording my latest painting and playing and I felt time was better spent doing these latter and less time writing about it.
I have been into the site a couple of times a week to check out my blog list and see what people are up to, but I've severely limited my time on perusing blogs with just so much else going on in life. I've popped up to comment here and there, but have been pretty slack in general.
That being said, my friend Adam and I discussed the idea of making a Youtube channel. Why not, I thought. Another outlet for creativity, and something quite different to blog ramblings. Well, we've gone and done it now, and the first few videos are up already. They have been a lot of work - way more than blogging ever was, but for now I am enjoying being part of it all. You can see them here:
https://www.youtube.com/channel/UCEbrYYdaRLuSi2RGbfO1TKQ (make sure to like and subscribe 😆).
The plan for the channel is to do terrain tutorials, painting tutorials and battle reports, and so far there is a bit of a mix. Adam and I play mostly Lord of the Rings (Middle Earth Strategy battles) and Star Wars Legion, and the two battle reports so far are for the former, with the first of the latter undergoing editing at present. Adam is very into his terrain building, and I want to try and fill some niches for painting videos. I'm nowhere near as tech savvy as Adam, so it really is mostly him doing the donkey work at the moment.
Now what have I been up to on the wargaming front? 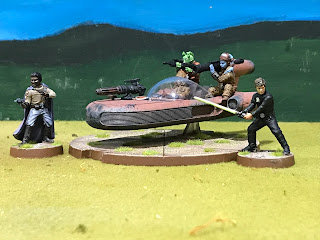 Above: Lando, a Landspeeder and operative Luke from Star Wars Legion 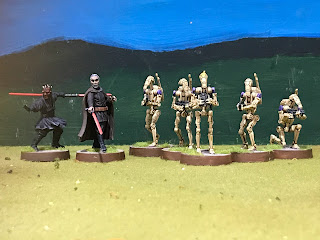 Above: Darth Maul, Count Dooku and B1 battle droids also for Star Wars Legion.
The last two years have been heavily invested in Star Wars Legion. I am very much enjoying the game which represents the conflicts of the cinematic universe authentically with well written (and well supported) rules. It is definitely my main game at the moment - the one I think about and prioritise painting for the most. 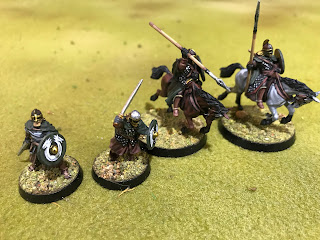 The beginnings of my Rohan force
I've made a couple of attempts to get into Lord of the Rings as a game over the years, but I think the problem is that I've always tried to go too big too fast. This time, I'm gradually being introduced to the rules through the Battle Companies campaign in Adam's and my video battle reports, and this is building my enthusiasm for painting and playing. I have a small Rohan force and a small Orc force that I plan to nibble away at, expanding gradually into armies for the game. 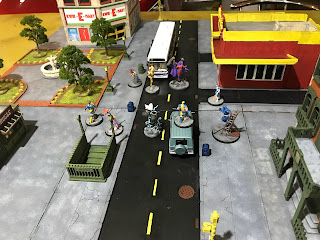 X-Men and the Brotherhood battle in Main Street 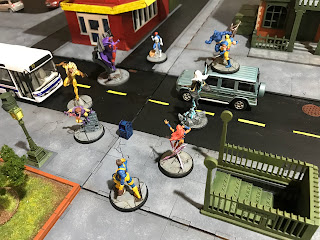 Another view from a different angle
Not on the channel as I haven't introduced Adam to the rules yet, is Marvel Crisis Protocol. I've played two solo games of this and have to say that I really like the mechanics. More importantly I love the feel of the game. Like with Star Wars, Marvel comic characters were a huge part of my childhood, and so these rules not only provide an interesting game to play, but the chance to reinforce that second childhood that toy soldiers is really about for me! 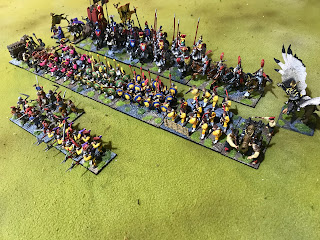 Kings of War Kingdoms of Men 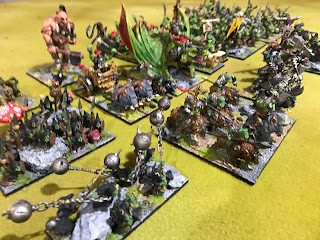 Kings of War Orcs
I got hold of some more old Games Workshop Orcs and Empire figures in 2020 and began to move beyond the Dragon Rampant armies that I had initially put together. Hence, two Kings of War armies were born! Again, I've only played a couple of solo games with these guys, but I'm hopeful I can convince some of the other guys (like Adam) to build armies of their own. 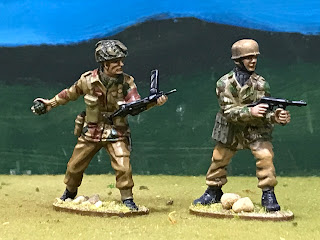 Did someone mention nostalgia?
So that is all of the fantasy and sci-fi stuff covered - have I given up on historicals? Well, no. What I have done is gone up - in scale! More and more lately I have been wanting to play with 1/32 figures for my historics. Before the blog hiatus I had reported about my WWI project and the beginnings of a colonial Afghan project. I then put them on the backburner for a while, but recently the re-release of the 1/32 Airfix WW2 figures got me thinking about the big scale again. It is probably the reason for deciding to post again, as I feel this is a more appropriate place to chart the 54mm journey than on Youtube, where hours of editing would probably end up with few views. There is a much more appreciative community for this kind of thing in the blogosphere.
So I have acquired some Armies in Plastic 1914 Germans and Russians, have done my first test figures for my British and German WW2 paratroops (as you can see above), and ordered some A Call to Arms English Civil War figures from Arcane Scenery. 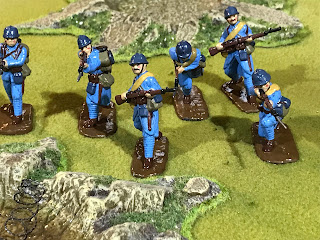 The French are being painted at the moment.
All WWI figures will be in toy soldier style and support weapons will come from Irregular Miniatures. I'm still not sure about a French HMG - I can't find any available that aren't expensive collector's items, and it may be that I'll have to bite the bullet and pay the $125 for a Regal Enterprises one.

I'm thinking about using Chain of Command for World War Two. I'm not sure how well that will cater for 54mm figures. It is a little bit down the road as the figures take a bit of painting with their camo patterns. I was considering using Germans and US instead, as the painting will be more straight forward and support weapons are more available from Tamiya etc.

The ECW will be for use with Pikeman's Lament. My idea is to play out a fictional campaign in an imagined county during the ECW. The thing about 54mm is that it really brings to life the characters that you invent in these kinds of campaigns.

My final quandary is how I will paint the ECW. There are three options:

2 is probably my least favourite option - the gloss shine detracts from the time spent in shading. So I'll open it up to you, dear reader. What do you think would look best?

Anyway, that is me, I am still very much around, and maybe I might even start posting a bit more regularly too. 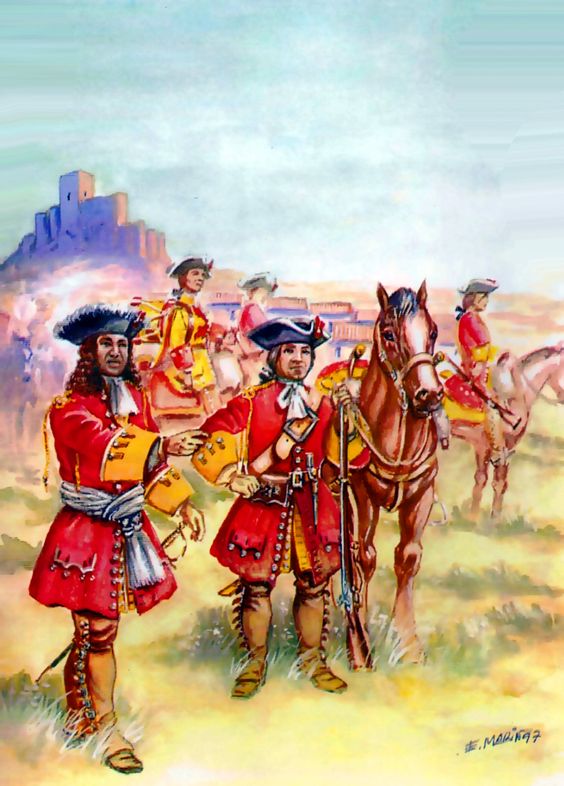 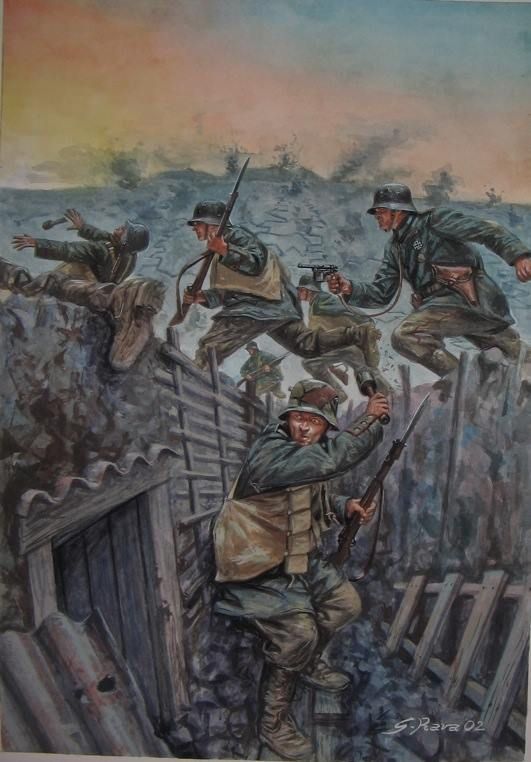 Wars of the Ancient Greeks 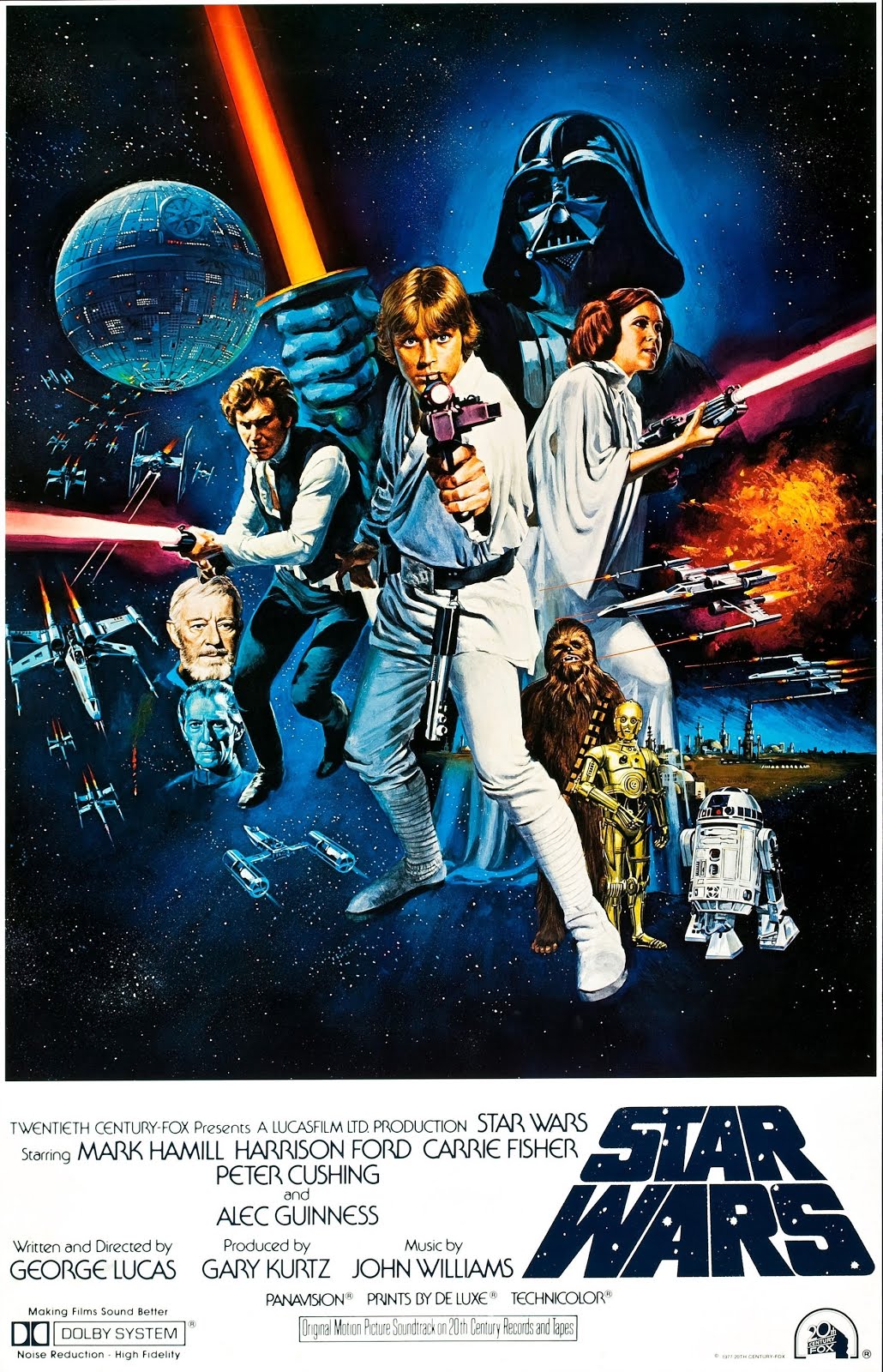 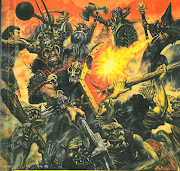